It turned out to be no coincidence that I was unable to write a novel until I had not just taken on board but embraced the idea of the flawed protagonist. (Actually by that point I was only interested in seriously flawed – as bad as me! – protagonists.) To see how this writing theory (which I had read about but ‘forgotten’; nothing teaches like experience) played out, I went through some of my favorite books at random to see if, from the very beginning, the shadows in a main character informed the stories I loved and read over and over again. What follows for the next few days are the first paragraphs of these books, and comments about how character shadows helped make the story. 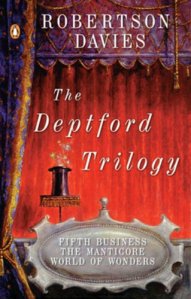 My lifelong involvement with Mrs. Dempster began at 5.58 o’clock p.m. on 27 December 1908, at which time I was ten years and seven months old.         I am able to date the occasion with complete certainty because that afternoon I had been sledding with my lifelong friend and enemy Percy Boyd Staunton, and we had quarreled, because his fine new Christmas sled would not go as fast as my old one.

One of my favorite first pages. The precision of the memory shows how important it is and pulls you right in, because what is the deal between a ten-year old boy and a person named Mrs. Dempster? (You meet her on the second page.)  You immediately get the rivalry between Dunstan Ramsey, who is telling the story, and his friend Boy Staunton. Not a perfect friendship by any means, but a ‘lifelong friend and enemy’. The difference between the two of them is shown in the way they react to the accident that occurs on the next page as a result of their rivalry. This accident (which Ramsey sees as his fault, due to his need to have the last word) and its consequences is the event that drives the trilogy, and the lives of Dunstan Ramsey, soldier, scholar, and hagiographer, the fool-saint Mrs. Dempster, and her son Paul, who becomes the greatest magician in the world. (See World of Wonders for his story.)